Adriana Oliver: Challenging Stereotypes One Canvas At A Time 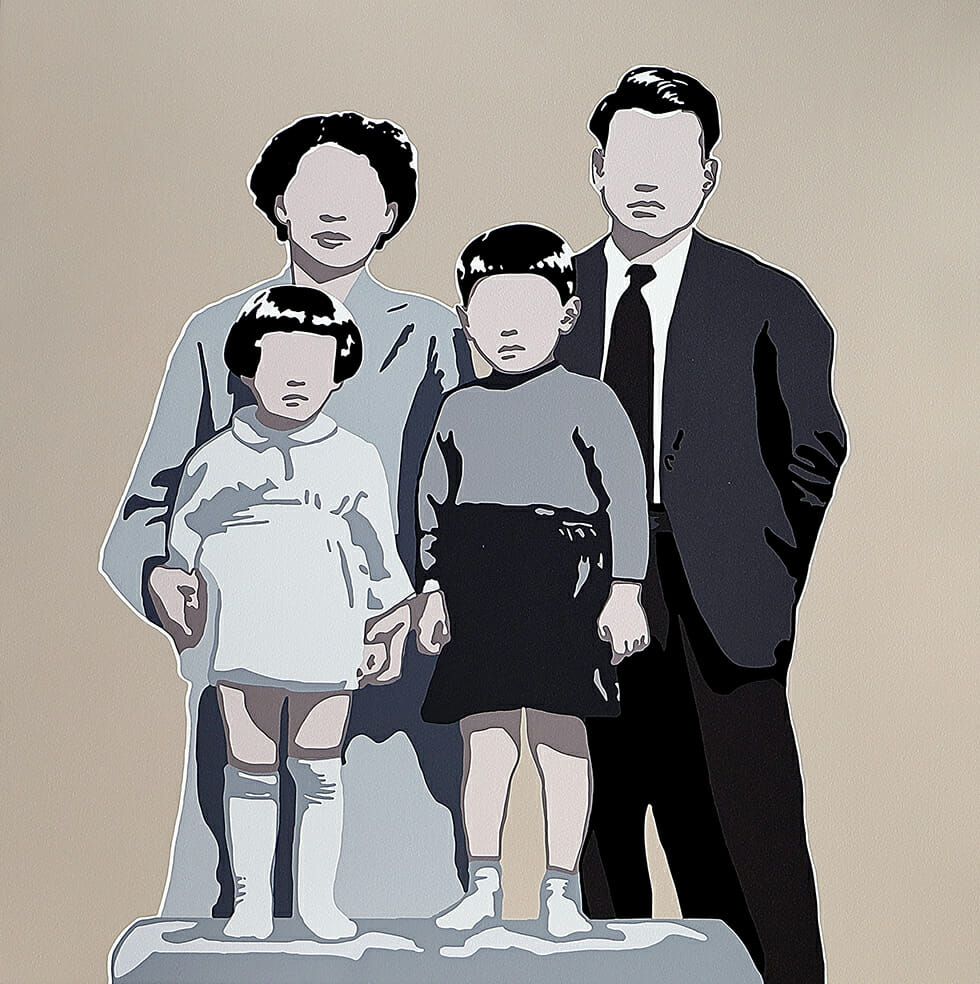 16 Feb Adriana Oliver: Challenging Stereotypes One Canvas At A Time

Posted at 06:00h in Adriana Oliver, Art by Arnout

Adriana Oliver has a keen eye for aesthetics, and an uncanny knack for helping us deconstruct our inner biases. The Barcelona based artist creates vivid and eye-catching pop art-esque compositions that provide instant aesthetic appeal. However, in stripping her subject matter back to a stylishly simple figurative form, she expertly probes her audiences preconceptions of gender roles. The result is a masterful balance of comfort and challenge—a delicate dance that enables viewers to discover more about themselves, while enjoying the experience of sharing space with Oliver’s art.

An Life As Inseparable From Art

Spanish native Adriana Oliver was born in 1990, and grew up within an encouraging family nucleus of fellow-artists. She describes artistic self-expression as having been an intrinsic part of her life from an early age, and the sense that life and art were always inextricably intertwined. Initially, Oliver’s medium of choice was photography. She enjoyed the immediacy that a camera allowed, and the freedom it facilitated to capture the world in a reflective form. She studied at IDEP, an esteemed private university in Barcelona with a curriculum centered upon image and design. As her practice progressed, Oliver began to draw upon the history of Pop Art within her photographic compositions. From here—retaining the Pop Art influence, but making it very much her own—she transitioned into painting on canvas, which remains her medium of choice today.

Oliver describes her subject matter as influenced by cinematographic pictures from the 50s and 60s, as well as research studies in multiculturalism and gender studies. Observing her pieces, there is a sense that her training as a photographer also informs the framing of her minimally and yet impactively represented characters. Each large canvas is immaculately populated by the artist’s intriguing subjects, brought to life through the decisive application of paint in delineated form, of bold and contrasting colors. Her inviting Pop Art-influenced aesthetic allows, as she describes it, the facilitation of a “neutral space”, in which viewers can contemplate their own response to the imagery before them.

Observing Our Own Biases

The characters portrayed by Oliver are each stripped back, until only societal archetypes remain. Shared moments in time, postures and expressions are frozen, and then paired back until only the essential is presented. To reveal each character’s essence, the artist flattens and simplifies form, while leaving just enough behind for the viewer’s instinctive powers of deduction to be triggered. As we behold and absorb each piece, we can unearth much about our own biases—be they consciously formed, or present as relics of the society within which we were raised—and discern how such instinctive interpretations reflect upon us an individuals. With deft skill, through this method of portrayal, Oliver is able to shine a light on the layers and intricacies of both historic and modern culture.

Working from a feminist perspective, we can only imagine that the artist aims to stimulate growth, dissolving social barriers and evolving the way that we perceive gender and shared relationships. Despite the simplistic form of her figures and portraits, Oliver considers her paintings to be far more nuanced than her earlier photography work. By merely hinting at story, movement and stereotype, she encourages her audience to complete each picture, play out each story, and discover how the stereotypes brought to the surface make them feel.

Oliver has forged an extraordinary talent, and built an impressive artistic career from a foundation of family and peer support, and an environment that encouraged expression. Now, her sublimely serene and yet stimulating energy is reaching a fast-growing audience worldwide. Her work has been embraced at exhibits in Spain, Italy, the UK, Switzerland, Japan, and Los Angeles. Meanwhile, her work has graced the pages of esteemed publications such as Harper’s Bazaar, GQ, Vogue, Avui and Popdam Magazine.

Oliver has collaborated with Adam Et Ropé in the creation of an apparel collection, which accompanied the 2019 Ordinary Is Everything exhibition in Tokyo, Japan. The artist also paired with Flexx Lex in the creation of resin sculpture First Portrait, marking her entry into the popular field of 3D art collectibles. What feels excitingly certain is that, despite her success so far, Adriana Oliver is still finding her full stride, with a bright and intriguing future yet to be fully manifested. Currently working between Barcelona and Los Angeles, the artist certainly warrants a watchful eye, as we wonder what marvels she intends to unleash next.